A partial solar eclipse surrounded by a ring of fire shook us all up a bit on June 10, but according to Victoria Martin, astrologist to the thousands who read her weekly Classic Chicago column, we are all the better for it. 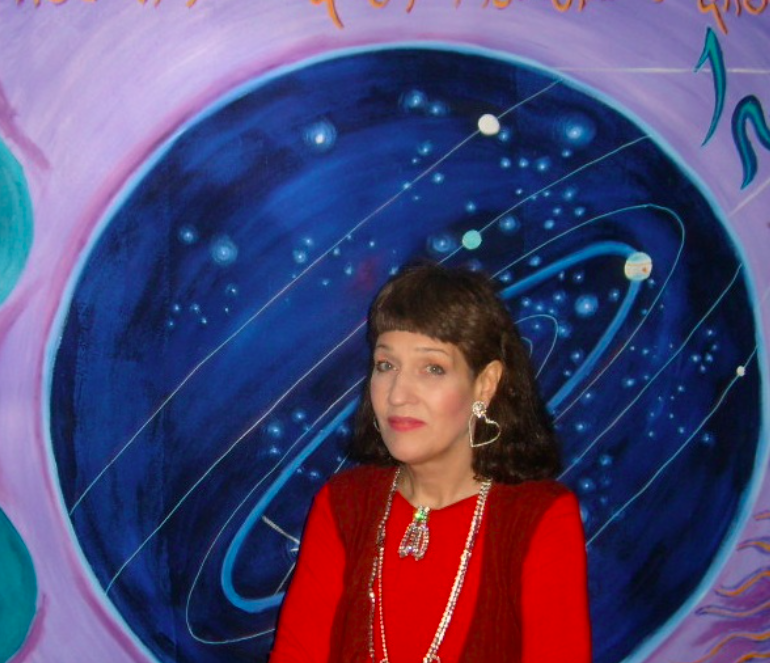 We couldn’t wait to interview Martin, who previously did a horoscope column for Bloomberg Business News, to learn more. “With the eclipse comes the new moon phase,” she explains. “At this juncture, leaders and competitors are especially motivated, and glorious heroic plans are compelling. The June 10 solar eclipse path mimicked the land bridge that connects Asia and the Americas, a historically interesting place.”

Unlike the lyrics in Johnny Cash song of the same title, “bound by wild desire, the hero falls into a ring of fire,” those who reacted particularly to the recent eclipse will reap benefits from a benevolent celestial event, according to Martin: “Zoom zombies will find it’s time for a big reset: that this is a good time, like baby birds, to be kicked out of the nest and start to fly. The new moon from the solar eclipse will prove to be a particularly powerful and positive one.”

Solar eclipses happen when the moon passes in front of the sun, from the viewpoint of our planet. Total solar eclipses, which are relatively rare, occur when the moon covers the entire sun. The moon’s orbit is tilted to the sun and doesn’t always perfectly align. A “ring of fire,” or annular eclipse, happens when the moon is near its farthest point from Earth during an eclipse, so the moon appears smaller than the sun in the sky and doesn’t block the whole solar disk, thus surrounded by a glowing ring of fire. 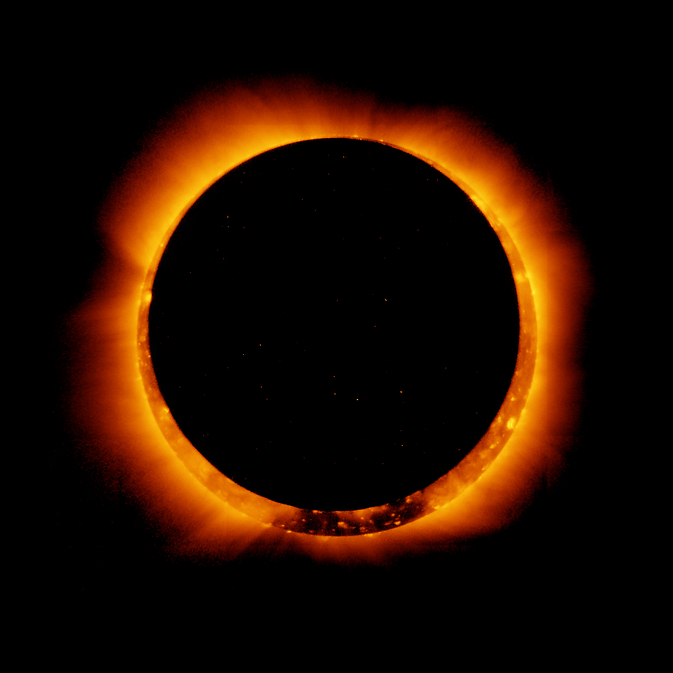 In her “Astrologer’s Almanac” for June 10th, Martin wrote: “Praise and positive accolades that advance fame, accomplishment, and heroism are on the to-do list. We are all pushed to do our best rendition of talent and cooperation. Positive interactions and good deeds are their own reward!”

And Martin’s own talents extend to visual art, which encapsulates astrology, magic, and mysticism with bold and bright colors.

“There are generally two solar and two lunar eclipses a year but in 2020, during the pandemic, there were seven solar eclipses and four lunar eclipses. It makes you wonder,” muses Martin. “In 2018 I began to worry about 2020 and saw that everyone was going to have to be jumping through many hoops. The last time there was a similar pile-up of planets was in 1850. The solar eclipse wiped out the telegraph lines across the country. I was very afraid of a major grid meltdown in 2020.”

“From the ziggurats in Ancient Mesopotamia, the astronomers used their advanced ability to predict solar and lunar eclipses and to channel their power. It was a pretty freaky thing to the people when the sun was blotted out. The sun was believed to be the source of life,” she explains.

“When the full solar eclipse occurred August 21, 2017, it cut the country in half, Seattle to Florida, and many people traveled to St. Louis to observe it. What primal energy that generated, seeing the sun disappear,” she adds.

Fast-forwarding to the present, Martin explains that the new moon phase is at Bull’s Horns now, which suggests a bounty harvest, tying us almost 6,000 years into the past when the first agricultural phase began and people could remain at home. “Orion, with his belt of stars, is there too—belts couldn’t be more in fashion. Orion was also known for his chariot races, thus this is a terrific time for true alphas.”

Martin’s own story begins in Hyde Park, where she was born in the 1950s, “during the era of beatniks,” she says. Her family would take her on the weekends to places like the Museum of Science and Industry and the Oriental Institute, cementing her fascination with history, art, and science.

“In the 1970s, while a student in art education at the School the Art Institute, I did street theater and enrolled in the TAROT class at the Illinois Psychic Institute. My mentor, George Gibbs, was a former vaudeville performer who became a Gospel minister. He taught me to do ‘prophecy’ and psychometry—the ability to discover facts about an event or person by touching inanimate objects associated with them. I performed in some churches in Chicago’s Southside,” she recalls.

“To complete my School of the Art Institute BA, my student teaching assignment was to work at Francis Parker with the fine artist Jim Mesple,” Martin continues. “While obtaining my MFA, I assembled a group of 26 performers and assigned them all letters of the alphabet. We would meet at the solar eclipses. My astrological work is based on astronomical constellations, not sun sign astrology.”

In the 1980s, Martin joined different art groups and worked for a while in a gallery. There she met people from WTTW, who were interested in doing a documentary about the connections between astrology and the financial markets. She became an informal research assistant for the project, meeting commodity and stock traders—some of whom actually did use astrology to forecast market behavior: “The folks at C&D commodities used a breakout technique, but it became known that there was an astrologer in their entourage, so that prompted the CEO to make a public statement saying that he was not an astrologer. At that time I met the legendary John Fornengo, who was also part of the C&D entourage, and we became dear friends.”

The late 1980s marked the start of Martin’s tenure as the in-house psychic performer for Lettuce Entertain You’s Eccentric restaurant. She thinks fondly of this experience, having accumulated 15 talent agents during that time. Between 1990 and 2010 she estimates that she worked at over 2000 separate corporate and private events. Over this same period, she interpreted the symbols in coffee cups at the Parthenon restaurant in Greek. This nearly two-decade-long job paid for her 2,500-square-foot studio, which came in handy for her painting.

“My current art practice is synesthesia at jazz and new music performances,” she says. “I translate the music into abstract expressionist works. It is said that all psychics can do synesthesia, which is an interplay between the senses. I remain a skeptic, possibly due to those childhood visits to the Museum of Science and Industry.”

She became re-affiliated with the Oriental Institute, another favorite of her youth, studying ancient languages, and continues to study the ancient Near East. Martin is also a teacher of symbolism, and a member of many art, metaphysical, and astrology groups: “It seems to me the person with the most friends wins!”

To book directly with Martin, email her at viccimartin@gmail.com or call 312-961–3380. She is also on Gigmasters, which you can access by clicking here.

All art featured by Victoria Martin.